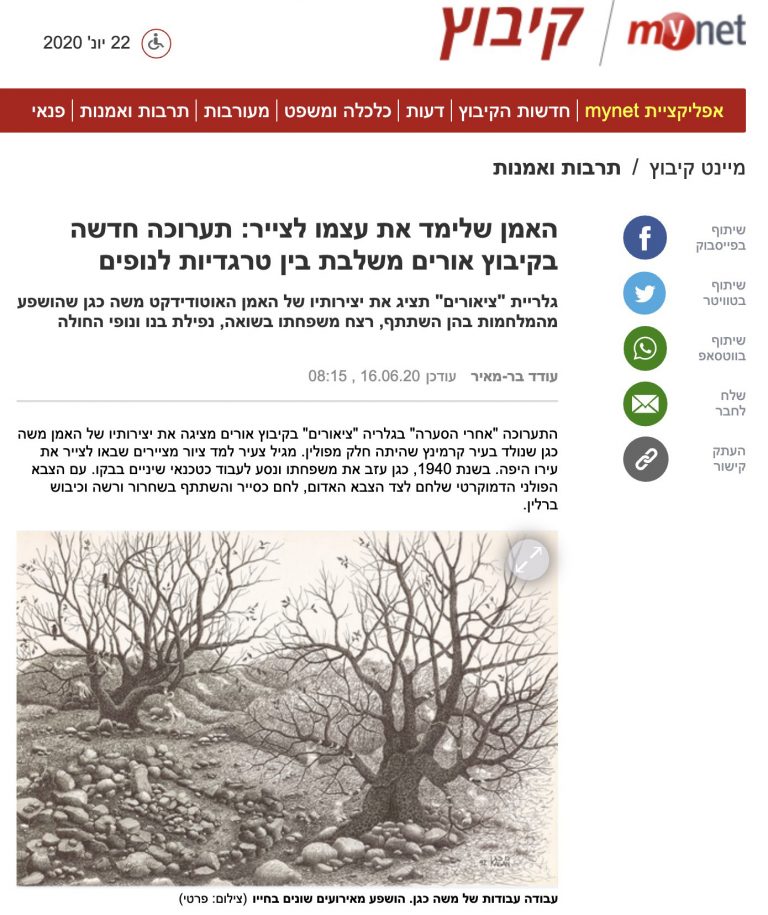 The exhibition “After the Storm” at the “Ziurim” Gallery in Kibbutz Urim, presents the art of artist Moshe Kagan, who was born in the city of Kremenets, which was part of Poland. From a young age he learned to paint from artists who came to paint his beautiful city. In 1940, Kagan left his family and went to work as a dental technician in Baku. He was a soldier with the Polish Democratic army fighting alongside the Red Army and participated in the liberation of Warsaw and the occupation of Berlin.
In 1948 he immigrated to Israel and joined Kibbutz Shamir, established a family and worked as a shepherd and at the optics factory. Kagan never studied painting or art. He was self-taught in archeology, history, his knowledge of Israel and its flora, and of course in painting and art.
His personal style was influenced by the wars he took part in, his family’s murder in the Holocaust, the fall of his son in service, the location of the kibbutz, the magical scenery of the Hula Valley, and the flora and fauna he came across.
Moshe Kagan was a member of The Association of Painters and Sculptors and exhibited in many galleries in Israel and abroad. He continued creating until his last day, at the age of 92. 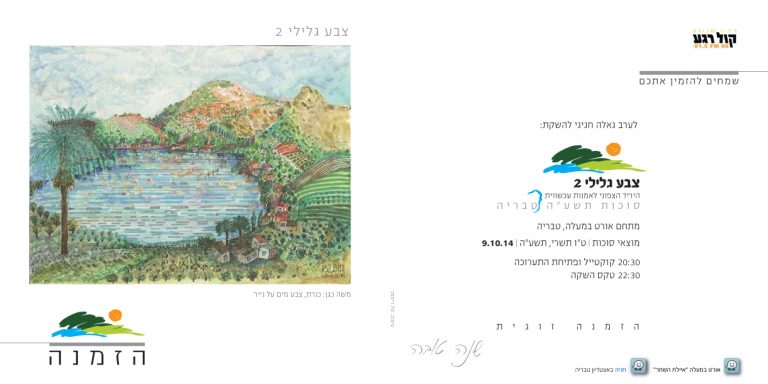 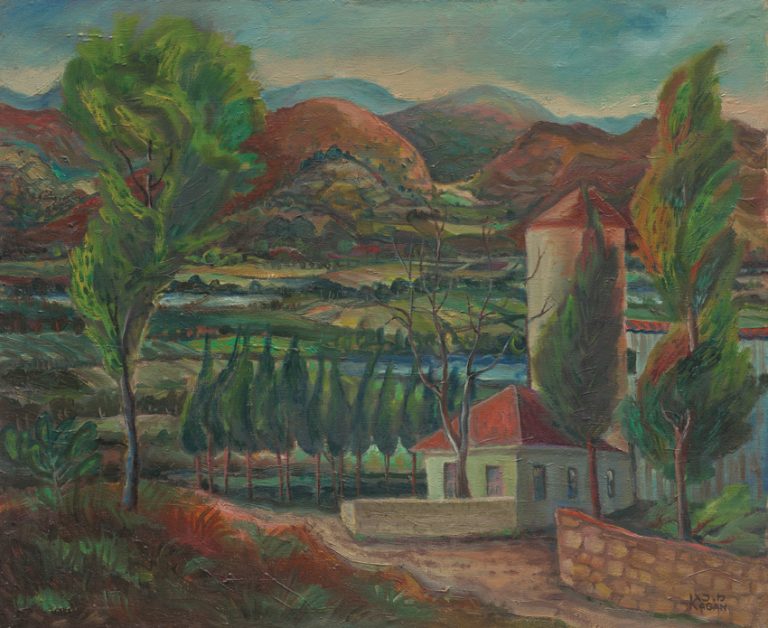 In the dining room of Kibbutz Shamir

Opening hours: The exhibition is open to the public 7 days a week In recent years, Moshe Kagan moved with his wife Sally to the “Savyon” nursing home, where he continued to paint every day.
Whether he had company or was alone, you could see him sitting at the table, holding a brush and magic markers, entirely absorbed in his drawings. With delicate lines and endless patience, he drew minuscule details, which came together and resulted in a magical landscape: Lake Kinneret, Mount Tabor, Hula Valley, children playing by the water, fruit in a bowl.
In his new paintings, he combined watercolor with magic markers, creating a new genre.
The subjects of his paintings were nature and its landscapes, still life, and very few people. Yet nevertheless, there was a strong sense of renewal and freshness, as if his point of view on the landscape had changed: adulthood combined with childhood.
The lines, so familiar from his drawings, assume here a spectacular color, which give his paintings a cheerful, welcoming optimism, combined with a new complexity. There are several kinds of interactions between the bright lines of the markers and the transparent stains of the watercolors: there are the strong and clear lines of the markers, which add tone, and as such, define and border the aquatic aquarelle lakes. All this, without compromising the innocent rustic quality of the painting.
And there are also the many pointillist dots, which together with the watercolors create an almost impressionistic effect: shadow and light, still life and breathing nature, people and nature, hills and lakes – it seems as though everything was created from the same “beginning” of the division of colors and the formation of textures: the fruit in the bowl next to the ornamental wallpaper, the Sea of Galilee and the reflection of the hills surrounding it – everything made from the same material, as though projecting many faces of the same thing.
Dots of color create a sense of “zoom in”, like an attempt to disassemble the image into tiny pixelated patterns and then reassemble them to a complete picture with all its parts.
In these paintings, one can see that Moshe’s creativity never stopped, not for one minute. Even in his golden years, Moshe Kagan, the man and artist, continued to reinvent himself. 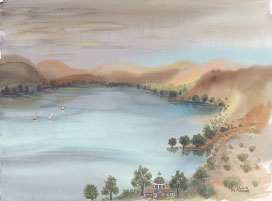 Tiberias and the Sea of Galilee

In the gallery of The House of Dona Gracia,

Kagan, born in 1922, was a member of Kibbutz Shamir and a multi-faceted artist. In his work there are paintings from “here” and “there” and when combined, this is what was created: compressed, breathtaking drawings with black rapidograph on white paper, which touch his past, the agony of destruction and the pain of loss; illuminated Galilee landscapes in watercolor, clinging to and admiring the motherland; spectacular mosaics that implant the past in the present, stone to stone.
Dona Gracia’s Gallery, which hosts rotating exhibitions that relate to Dona Gracia’s story, presents an exhibition dedicated to Kagan’s watercolor paintings, which feature mainly the waters of the Sea of Galilee and the beaches surrounding it.
An exhibition that presents the artist Kagan, who observes – loves – immortalizes the Sea of Galilee and its surroundings. 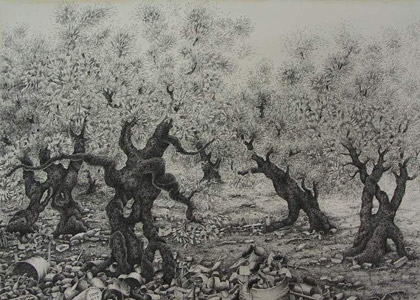