The Sailor Who Sailed to the Mountain 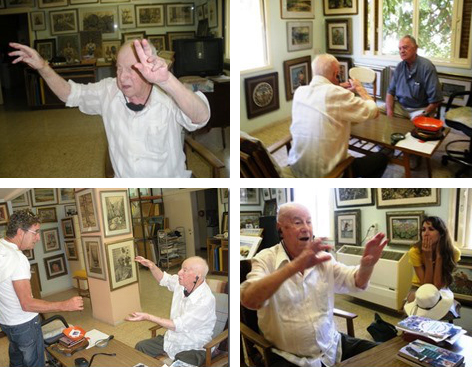 Greeting Cards from the Past: Eretz Israel through “Shana Tova” Cards

Click on the link to watch the paintings accompanying the article

The painter Moshe Kagan was born in Poland in 1922, survived the Holocaust and immigrated to Israel in 1948. In Israel, he painted its native landscapes in watercolors and acrylics, which over the years became “Shana Tova” posters, and have even been displayed in Israel and around the world. A view of the Israel through the artist’s paintbrush.

The painter Moshe Kagan was born in 1922 in the city of Kremnitz in Poland (nowadays in the Ukraine).

“I’ve been painting ever since I can remember myself. The reason I painted: I was born in a charming town, in which there were fortresses, and the city was located down below in a narrow valley. I lived near a mountain that was covered in forests. I loved to run through the forest in order to reach the edge, where there was a fortress.

“With the outbreak of World War II, and following the Molotov–Ribbentrop Pact, the city was annexed to the Soviet Union and thus began an oppressive Soviet regime. In 1940, I traveled to Baki, an oil city near the Caspian Sea, where I worked as a dental technician, a profession I acquired during my studies. I painted there too, mostly Soviet leaders, and that helped me earn enough money to send to my parents.

“When the Nazis attacked the Soviet Union in 1941, my situation deteriorated because I became an ‘unsafe element’. I was then exiled to a port city called Krasnovodsk in Turkmenistan. From there I tried to escape to Iran with soldiers of Anders’ Polish army, but the attempt was unsuccessful.  In 1941, my city was occupied by Germany, and the Jews were brought into the ghetto. In 1944, the Soviet Union liberated my city from the Nazi threat.

“When the Polish Democratic Army was founded in 1943, I joined its ranks as a patrolman and fought until we conquered Berlin. It was then that I found out that my entire family had perished in the Holocaust. In 1946, I was discharged from the army and joined the Hashomer Hatzair movement and its re-establishment. I immigrated to Israel in 1948 and joined Kibbutz Shamir, where I raised my family and live to this day.”

Moshe likes to paint with watercolors and acrylics and to draw. He frequently painted Galilean landscapes and as a result, some of those paintings were also used for “Shana Tova” greeting cards. The various Tishrei holidays in the kibbutz were decorated with Moshe’s paintings. Exhibitions of his paintings were displayed in Israel and around the world.

Many thanks to Nava, Moshe’s daughter, who sent me a selection of his paintings and told me about them. 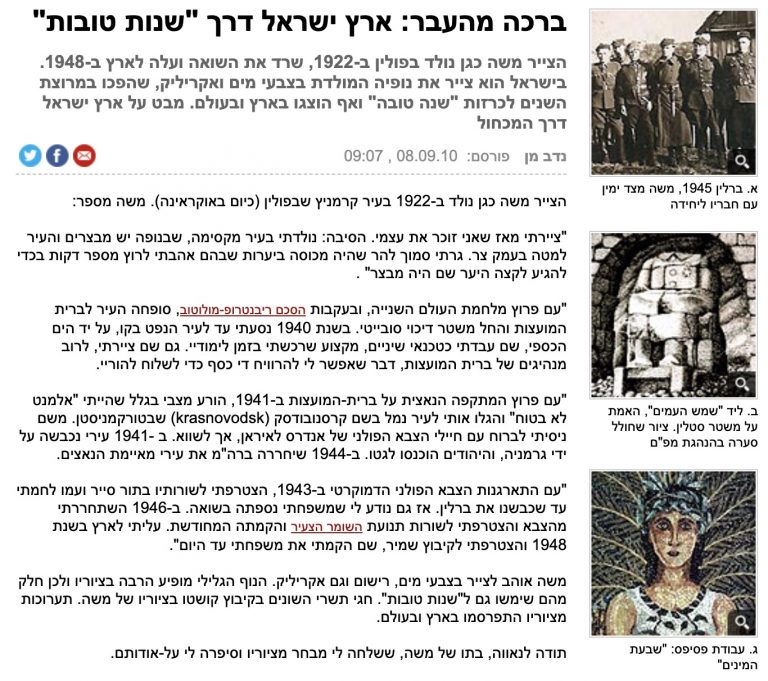